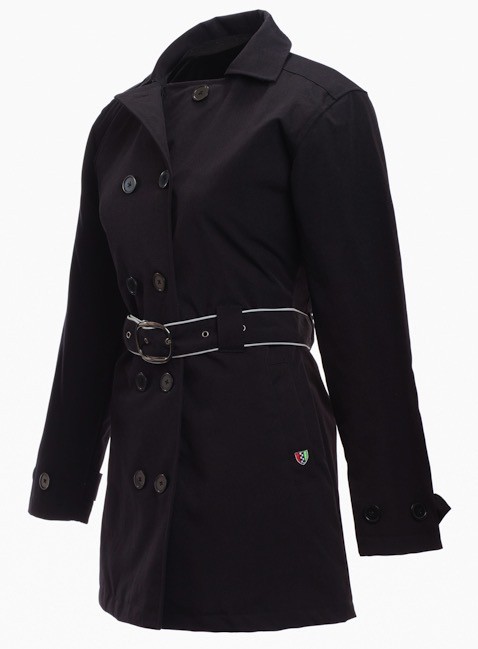 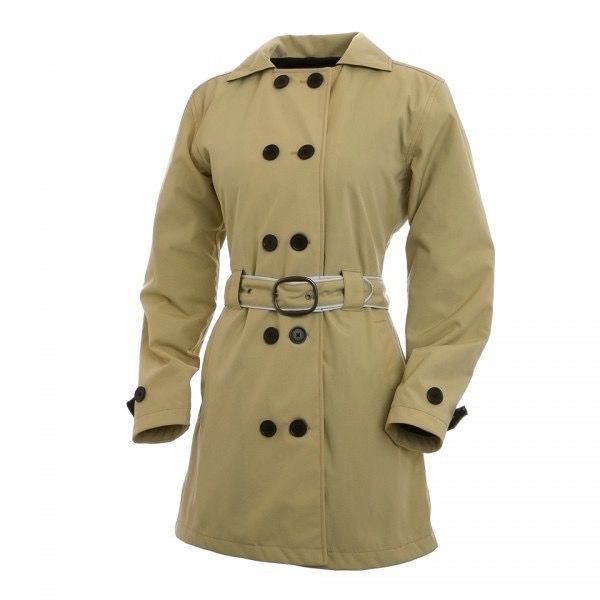 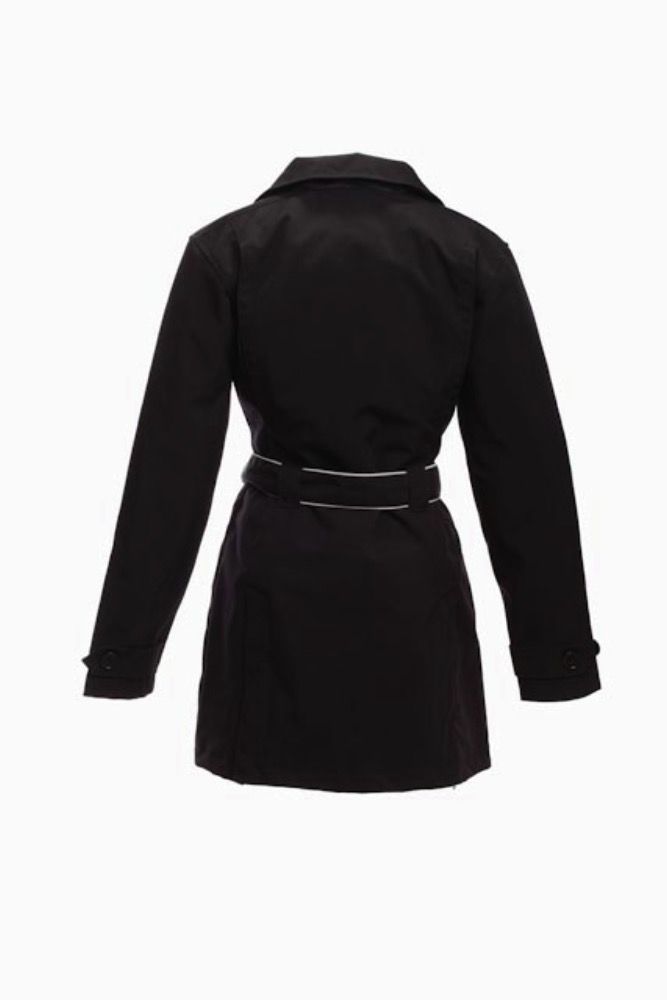 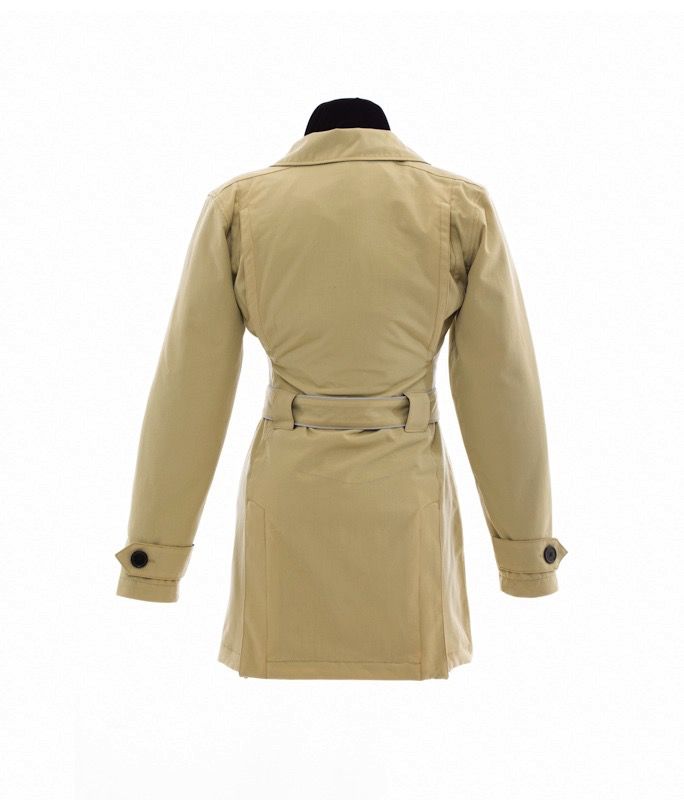 Not yet rated Add your review

‘A thoroughly liberated woman,’ was how a villainous character described ‘Mrs. Peel’ in the 60s British TV show The Avengers. As it turns out, the actress who played her was just as liberated. When Diana Rigg found out she was making less money than the cameraman, she threatened to quit.

Oh, but have we forgotten to mention her incredible mod wardrobe? It was almost a character in itself: black leather cat suits, a-line dresses, kinky boots, and yes, occasionally, a trench coat.

Our trench would have suited her well. Not least of all because of its discreet, removable armor in the shoulders, elbows and back. In fact, you could call this a ‘technical trench’ thanks to its waterproof-breathable fabric, zippered vents and water and abrasion resistance.

Under its proper, double-breasted front lies a sneaky off-center zipper so there’s no unsightly ‘stacking’ of clothing. The belt is tipped in 3M reflective fabric that appears white in light and is held in place by nice wide loops — nothing fiddly here. And the flattering above the knee cut is perfect to show off a pair of your own kinky boots.

One last thing – our trench is available in every color . . . as long as it’s black or stone.

Add your review
By using our website, you agree to the use of cookies. These cookies help us understand how customers arrive at and use our site and help us make improvements. Hide this message More on cookies »